Canada Parl unanimously adopted motion to recognise May 18 as the Tamil Genocide Remembrance Day as a tribute to the victims of the 2009 Sri Lankan civil war. 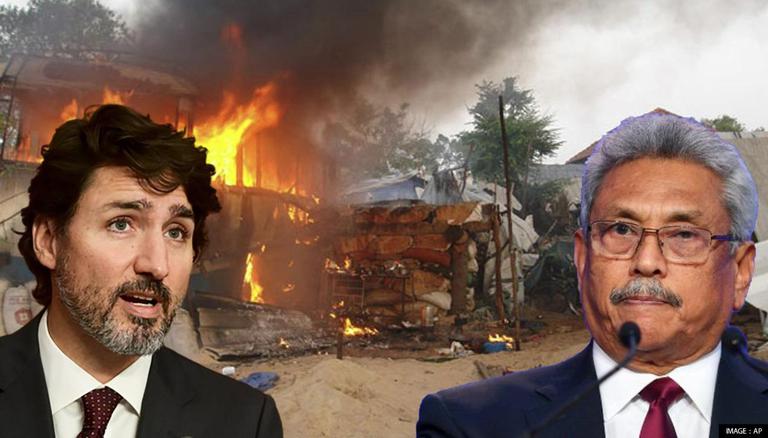 Canadian Parliament on Wednesday unanimously adopted the motion to recognise May 18 as the Tamil Genocide Remembrance Day in tribute to the victims of the 2009 civil war in Sri Lanka. The motion was forwarded by Liberal MP Gary Anandasangaree, who said it is a result of a contribution by the Tamil community, survivors, and loved ones, Canadian Press reported. Taking to Twitter, Canadian Defence Minister Anita Anand said that the recognition is to “honour and remember the victims who tragically lost their lives during the 26 years of armed conflict in Sri Lanka.”

As a Tamil Canadian, I am proud that the House of Commons has recognized May 18 as Tamil Genocide Remembrance Day. Each year, we will honour and remember the victims who tragically lost their lives during the 26 years of armed conflict in Sri Lanka. https://t.co/1erTo3AOKd

For the unversed, the Tamil Civil War went on for 26 years between the separatist Liberation Tigers of Tamil Eelam (LTTE) and the Sri Lankan government. The period was marked by innumerable deaths and destruction. Tens of thousands lost their lives and reportedly hundreds were forcibly disappeared from custody.

On the 13th anniversary of the ghastly civil war that ripped Sri Lanka in 2009, Canadian PM Justin Trudeau paid tribute to the victims, saying that “our thoughts are with the families and loved ones who continue to live with the pain, trauma, and loss from this tragedy.” He added, “As we mark the 13th anniversary of the end of armed conflict in Sri Lanka, we remember and pay tribute to the lives that we lost during these 26 years of conflict, including the massacre in Mullivaikal, as well as those who went missing, were injured or displaced.” 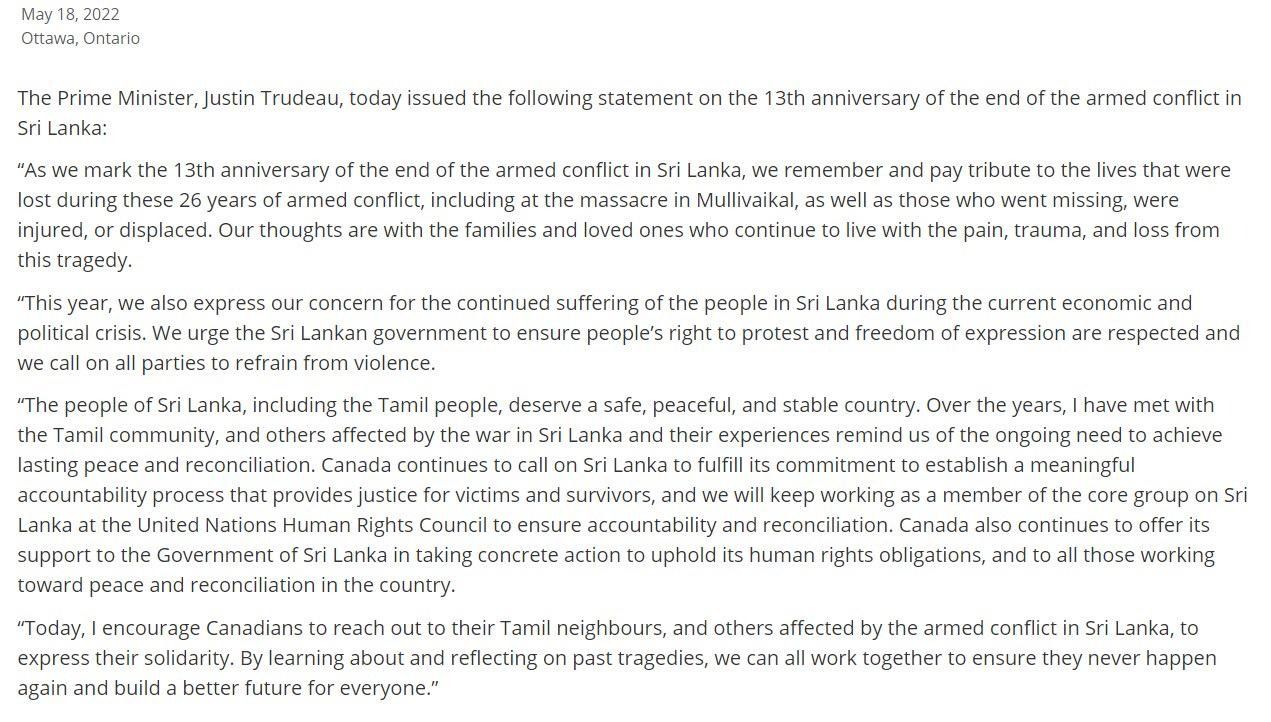 This year, the anniversary of the gruesome Tamil civil war comes amid the unprecedented public uprisings against Colombo in Sri Lanka. As the economic situation dwindled, pushing the island nation to the edge of debt and lack of basic supplies, thousands took to the streets to protest against the Sri Lankan President Gotabaya Rajapaksa and his family. The peaceful demonstrations outside the Prime Minister and President’s residence turned violent after pro-government agitators clashed with the protestors, setting a wave of disorder across the crisis-hit nation. “This year, we also express our concern for the continued suffering of the people in Sri Lanka during the current economic and political crisis. We urge the Sri Lankan government to ensure people’s right to protest and freedom of expression are respected and call on all parties to refrain from violence,” PM Trudeau said.

As Sri Lanka has plummeted to widespread disturbances and violence, human rights organisations have raised concerns, saying that “Tamil-majority north and east have frequently faced repression.” However, HRW noted that “there is a hope among many that the demands for change now being raised in Colombo could lead towards a more pluralistic Sri Lanka.”