When Hindu temples are destroyed in Sri Lanka, why are Modi and the BJP silent? 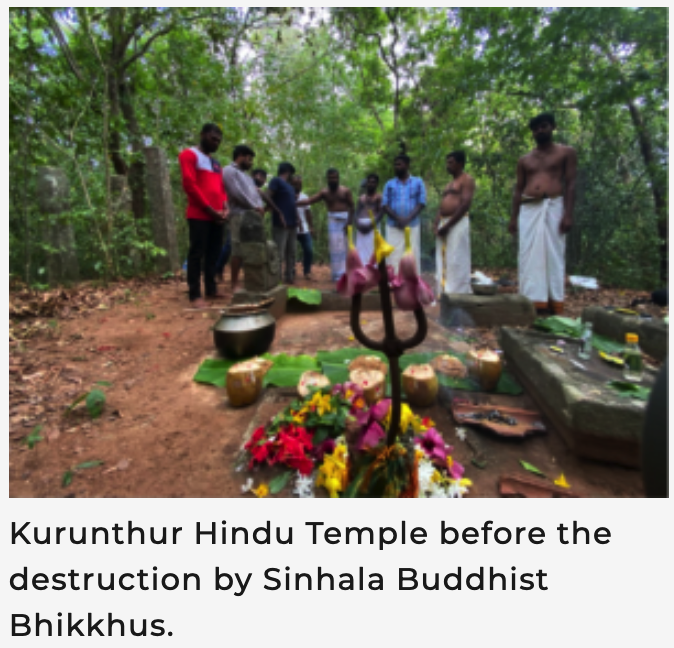 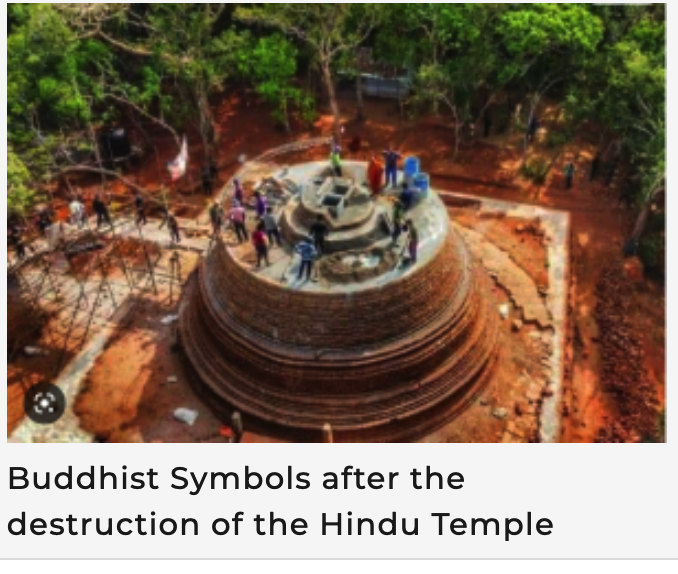 On October 01, 2022, the Mothers of Enforced Disappeared Children, a Tamil activist group, celebrated International Children’s Day. During this event, the group’s spokesperson directed the following statement to India:

Today is the 2,050th day of our continuing struggle to find our missing Tamil children and bring about sovereignty for the Tamil people. We have repeatedly asked for help from the US and EU to save us from the genocide being perpetrated by the Sinhalese government of Sri Lanka.

Today, we are here to celebrate International Children’s Day.

The day was created to promote international solidarity for child welfare and to further awareness for the plight of children worldwide.

We are still searching for our children who were abducted by the Sri Lankan Army during the over 15-year long civil war. Only the US and the EU can deliver justice and accountability for these genocidal acts and war crimes.

Sri Lanka destroys Saiva temples and seeks to eradicate Hinduism from the island. There is no freedom of religion in this country or any law and order.

The Kurundur Hill Hindu Temple is being destroyed and a Buddhist Vihara is being built in its place. Despite a court order, Sinhalese Buddhist monks continue to build the monastery.

Where is India’s Bharatiya Janata Party during all this? If the party is devoted to preserving ancient Hindu culture as it claims, why are its leaders silent?

Former Prime Minister Atal Bihari Vajpayee was concerned about Tamils ​​in Sri Lanka when he was in power, but current BJP PM Modi and his regime do not seem to care about Tamils at all.

This is another reason why we seek the help of the US and the EU. The BJP is making it clear that India is no longer a friend or protector of Tamils ​​and the party will not listen to our plight.

We know that most North Indians, based on their own legend, think that the Tamils ​​were monkeys who built the Rama Bridge. This is their history. But we want to remind the government of India that the Tamils ​​ruled the whole of South East Asia under King Chola, who had the longest reigning dynasty in India. Mannan Chola, a Tamil king, ruled all of Sri Lanka except the Rohana district in the south of Sri Lanka.

Sri Lanka is the land of the Tamils, ​​as confirmed by the Sinhalese’s own Maha Sangha. Ceylon issued a stamp in 1956 that depicted the Tamil princess Kuveni welcoming the Sinhalese prince Vijaya, who had arrived at the island by boat. Kuveni in her hospitality and kindness gave the prince to stay.

The stamp was immediately withdrawn from circulation.

The Sinhalese need to look back at the real history and stop using violence to occupy our land and destroy our culture.

In addition to a history of strong and wise leaders, the Tamils also have one of the world’s greatest traditions of philosophy and literature. Indians should remember this. Our culture is being threatened with extinction by a genocidal regime in Sri Lanka.

Present-day Tamil politicians and others are taking favors from Indians and working against Tamils. This is a tragic betrayal. We urge every Tamil to come together to call for the US and the European Union to intervene on behalf of our demand for a safe and secure homeland. This can be brought about by a UN-monitored referendum, which we urgently seek.