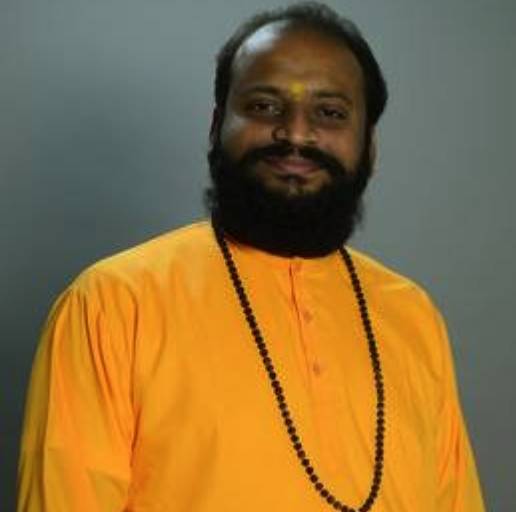 In the discussion held October 10,2022 in Jaffna, Thavathiru Velan Swamy, the coordinator of P2P People’s Revolution Movement and Sivaguru Atheena Chief Minister, presented the following speech on the topic “The Path to a Prosperous Nation is Reconciliation”:

Tamils ​​should decide the fate of Tamils.

In 1505, the island of Sri Lanka was ruled by three Kingdoms. namely Jaffna Kingdom, Kandy Kingdom and Kota Kingdom. Much of the Tamil territory, including the present North, East and North West Provinces, was under the rule of the Jaffna Governorate. Tamils ​​lived as a self-governing and self-determining nation.

All our efforts to share power and live together as equals since 1948 have been crushed by the tyranny of Sinhalese chauvinism. The collective demand put forward by us was ignored. Various agreements were also torn up, including the Banda-Selva Pact with the Sinhalese leaders. The righteous satyagrahas were suppressed by caning and brutal attacks by the police. At the same time, our language rights were taken away by the Sinhala Only Act brought in 1956, and the plan to take away our lands was stopped through the Kalloya project brought in the area at the same time. Our right to education was also taken away by the Standardization Act of 1971. Faced with such oppression, after a long political struggle our political leaders realized that we could not expect any solution from the Sinhalese nation and proposed an independent nation for us through the Vattukkottai resolution in 1976. The Tamil people used the general election held in 1977 as a plebiscite and gave a unanimous mandate for an independent nation. If the mandate of the Tamil people had been respected then and they had been allowed to voluntarily separate, today the island would have had two of the most prosperous countries in South Asia. But the domineering attitude of the Sinhalese did not give way and was aimed at continuing to oppress the Tamil people in every way. The racial violence that was unleashed on the Tamil people in 1956 and 1977 became atrocious in 1983. These acts of ethnic violence were perpetrated on us ​​in a well-planned manner with the sole purpose of destruction and total extinction.

Because of this, we were forced to create a security fence to protect our race. It is through this that we have been able to ensure the safety of our people. We were able to restore our sovereignty. We were able to protect our language, our cultures, our lands. But the Sinhalese ruling class, who could not tolerate it, tore up the peace process we presented with the international center, portrayed our liberation journey as terrorism all over the world, and destroyed it with the support of more than 30 countries. According to the 2012 report of the UN Secretary General’s Internal Review Committee, more than seventy thousand (70,000) of our relatives were killed in the last six months alone through the war of aggression carried out in 2009. Thousands of our relatives have gone missing. This includes more than infants and children. Tamils ​​continue to be enslaved even after the mass destruction of Tamils. The Sinhalese army is occupying our traditional homeland and we are effectively living in an open air prison. We are constantly monitored and threatened, with no way to live a normal life or express our political aspirations. Our traditional homeland is continuously being Sinhalese and our lands are being taken away continuously. In our homeland where there are no Buddhists, Buddhist temples are being set up and serious efforts are being made to change the ethnic lineage of the Tamil homeland. Under the guise of the Department of Archaeology, the activities to convert more than 200 temples including our traditional Saiva (Hindu) temples like Kurundurmalai, Vedukunarimalai into Buddhist temples are going on in full swing. Thirteen years after the war was declared over, a large army is still occupying the Tamil homeland. Even after all this time, Tamils ​​who surrendered to the army and are looking for their relatives are passing by without any answers. They languish as political prisoners in prisons.

Tamils have a legitimate right to sovereignty in three ways

November 23, 2022 Tamil Diaspora News.com முக்கியமானவை Comments Off on Tamils have a legitimate right to sovereignty in three ways