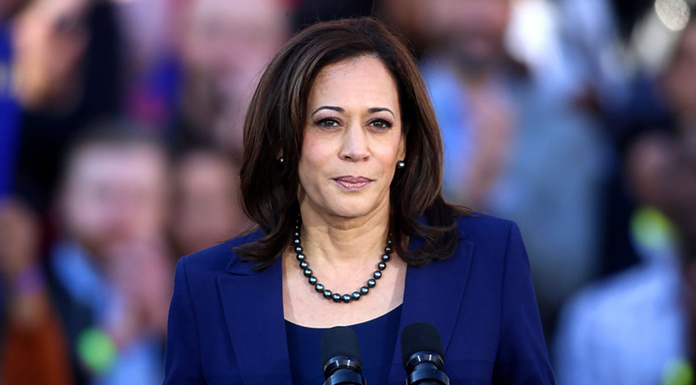 If elected in November, Kamala Harris will be the first woman, first African American, and first Asian American vice president in the history of the United States.

Kamala Devi Harris, the trailblazing prosecutor-turned-senator, in just a few months’ time could be a heartbeat away from the presidency.

Her mother chose Kamala’s name as a nod both to her Tamil roots—Kamala means “lotus” and is another name for the Hindu goddess Lakshmi—and the empowerment of women.

Kamala’s motto: “You may be the first, but make sure you’re not the last.”

She went viral in 2017 for her sharp questioning of then-Attorney General Jeff Sessions on the Russia investigation. After 3½ minutes of persistent questioning, Sessions said, “I’m not able to be rushed this fast! It makes me nervous.”

Harris was rumored to be a potential Supreme Court nominee under the Obama administration, although she later said she wasn’t interested.

One of her signature accomplishments as attorney general was creating Open Justice, an online platform to make criminal justice data available to the public. The database helped improve police accountability by collecting information on the number of deaths and injuries of those in police custody.

As Attorney General of California, when the state was offered $4 billion in a national mortgage settlement over the foreclosure crisis, Harris fought for a larger amount by refusing to sign the deal. Although she was accused of grandstanding, she managed to secure $20 billion for California homeowners.

Her friendship with Barack Obama dates back to his run for Senate in 2004. She was the first notable California officeholder to endorse him during his 2008 presidential bid

After being recruited to the San Francisco District Attorney’s office by a former colleague in Alameda, Harris cracked down on teenage prostitution in the city, reorienting law enforcement’s approach to focus on the girls as victims rather than as criminals selling sex.

She is of Tamil heritage on her mother’s side.

Kamala Harris has the DNA of the Tamils. She has the potential to be a wonderful politician for us and the world due to her background with the Tamils’ culture. It is a gift to America.

Let us look at the Tamil and who they are.

By order of appearance, Tamil would be considered the world’s oldest language, as it is over 5,000 years old, having made its first appearance in 3,000 BC. The literature collection in the classical language of Tamil is vast. It is still widely spoken and an official language in Singapore, Sri Lanka, Mauritius, South Africa, and other countries.
Tamil is a classical language older than Latin, Greek, and Egyptian.

The Tamil language had its grammar codified into a formal text by no later than the second century BC. it is called “Tholkappiyam,” written by Agathiyar.

Tamils had powerful kingdoms, like Seran, Pankiyan and Cholan. The Cholas ruled over most of the countries of Southeast Asia. It shows that Tamils have a history of being brave, bold, and strong.

Silappathikaram, (Tamil: “The Jeweled Anklet”)also spelled Silappatikaram, is the earliest epic poem in Tamil, written in the 5th–6th century ad by Prince Ilanko Adikal (Ilango Adigal). It says a Tamil woman, Kannagi, was determined to get justice for the killing of her innocent husband Kovalan. She achieved this justice by destroying the kingdom which had killed her husband.

Our brief reference to the Tamils’ culture shows that How Kamala Harris as an American and as a person who inherited the rich Tamil culture will be a gift to American politics.