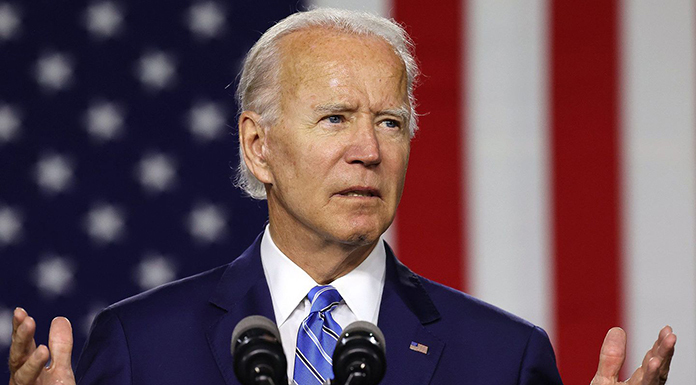 Then Senator Biden in 1992, as the Foreign Relations Committee Chairman, offered a solution that forced President Clinton to resolve the crisis in Bosnia and Biden’s suggested solution for ending the war in Iraq proposed autonomous regions for the Kurdish, Sunni and Shia populations.

We believe this is the president Biden will push for a similar solution as these for the Tamils in Sri Lanka.

We hope that Joe Biden will do the same thing to Tamils in Sri Lanka into a self-governing Tamil region in the north-east of Sri Lanka.

Joe Biden has superior foreign policy credentials to any other presidential candidate in the recent past.

As president, Joe Biden will be an asset to the Tamils as well as oppressed people in other parts of the world.

His leadership will be a shining star in 2020s to bring the world to peace and deliver it from the chaos that has been going on for a long time.

The Biden presidency will be a new chapter reminiscent of the early years of the post-cold war era. Most of the soviet-dominated nations became free and democratic countries and some are mutually separated for the sake of peace and prosperity.

We the Tamils believe that the presidency of Biden will provide an answer to international chaos and stop majorities from oppressing minority groups.

Biden’s leadership ability and vision for peace are reflected in the following:

In a 2014 speech at Harvard University’s John F. Kennedy School, when he was still vice president, Biden said that, in a world of dispersed power and new threats, the United States had “an obligation to lead.” Doing so was “costly” and “takes sacrifice” and may be “dangerous,” but “we must lead,” he said, otherwise someone else will—to the possible detriment of our values and interests—or nobody will, fomenting chaos, which will then draw us all in.

Biden said in the speech, “it is within our power to make a better world.” This view, as history has shown, can inspire noble creations.

Tamils are an oppressed people thirsting for freedom. They would like to live in their homeland where they can be secure and protected.

Visit at us at: www.TamilsforBiden.com