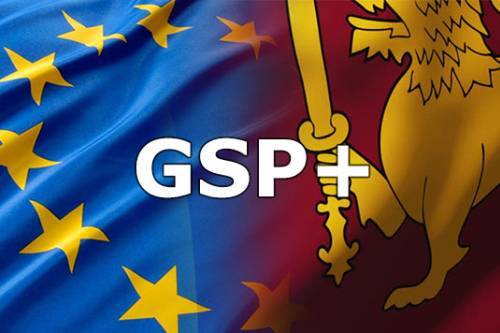 The letter is attached below:

Tamils have been suffering from the Sri Lanka Prevention of Terrorism Act since 1977. This draconian law led to many Tamils being jailed without trial and thousands of Tamils went missing. Many Tamils were killed, and many others left the country as refugees. The law encouraged illegal land grabs by the Sinhalese and sparked an ethnic war in 1983.

Repealing the Terrorism Act will reduce or stop the disappearances of Tamils.

If Tamils agitate or oppose the Sinhalese in any way, those Tamils will be named as terrorists and can be arrested and held without trial indefinitely. That is how the law works in practice.

There are three groups of people who control Sri Lankan policy: the Sri Lankan (Sinhala) Buddhist Monk sangha, referred to as Nikayas; Sri Lanakan Sinhala politicians; and the Sinhala population.

There are countless Tamils who are still in jail after many decades. Only the Sri Lankan government knows how many and exactly where they are. Tamils call these imprisoned Tamils the “Enforced Disappeared.”

These draconian rules are also a tool for the Army to do whatever they want in Tamil areas. If any Tamils oppose the Sri Lankan policy or the military, they will be arrested as terrorists under Terrorism Act.

The Sri Lankan army has seized Tamil farms and homes, taken control of the economy, and occupied most of the Tamil homeland in the north-east.

Under the cloak of this Terrorism Act, intelligence agents have been installed throughout the Tamil area and are terrorizing the Tamils.

This Terrorism Act and the post-war environment have led to tremendous human suffering. Problems among the Tamil people, especially those who have missing or murdered loved ones, include posttraumatic stress disorder, depression, anxiety, excessive alcohol use, suicidal thoughts,​​loneliness, feelings of isolation, shock, sadness, denial, anger, helplessness, and yearning.

The time is long overdue to compel the Sri Lankan government to repeal the Prevention of Terrorism Act and enact human rights reforms. It must happen now.

In the current economic situation, Sri Lanka is desperate for foreign reserves. Stopping GSP+ trade privileges will pressure the government and Sinhala Budhhist Sanga to consider repealing the Terrorism Act. Affected populations in the economic sector, such as the business community and workers in apparel industries, fishing, farming, will further pressure the government to repeal the act.

If the EU rescinds the GSP+, we can guarantee that within a few months Sri Lanka will bow to pressure and repeal the oppressive and unjust Terrorism Act.

Only a financial punishment will be felt by the people and the government and move them to do what is right. In the past, trade sanctions were implemented to restrict trade activities with certain goals. Recent historical examples of economic sanctions that worked included those against South Africa, Zimbabwe, Iraq, and Cuba.

Therefore, we as the mothers of enforced disappeared children kindly ask EU to withdraw GSP+ privileges until Sri Lanka repeals the inhumane Terrorism act. Sri Lanka must take this important step towards ending its systematic genocide of the Tamil people.