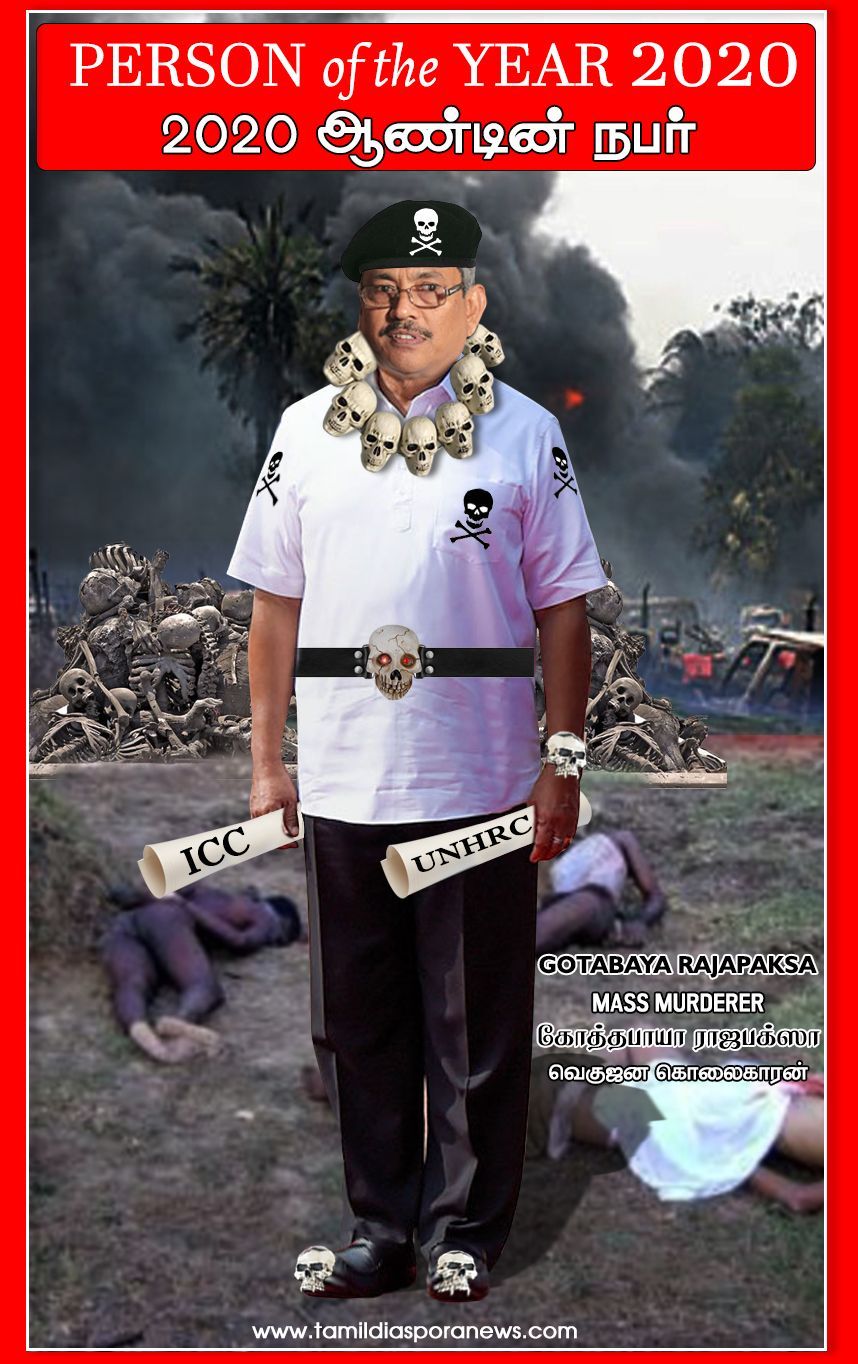 Tamil Diaspora News: Person of the Year in 2020.

The continuous struggle and suffering of the Tamils is not ending soon. The only way this can be solved is by finding justice for the Tamils who lost more than 145,000 loved ones and are still missing more than 25,000. The war created 90,000 widows and left 50,000 children orphaned. The Sinhalese must be held accountable.

The last government by the UNP was a fake. It said that it cared about the Tamils, but in practice it did the opposite. Since the UNP had Western connections, it was able to do anything and avoid international scrutiny.

The UNP government in the northeast instilled many racist Sinhalese Buddhist symbols, settled many more Sinhalese in the region, destroyed Hindu temples, and blocked any effort by the United Nations Human Rights Commission to investigate war crimes.

In addition, the elected Tamil MPs were bought by the Sinhalese government with perks and positions, including a mansion in Colombo-7 with many luxury cars for Tamil leader Mr. Sampanthan.

Tamil leaders in the name of reconciliation have given up on the northeast merger, federalism, and searching for missing people and international investigation of the Sri Lankan war crimes.

During the last government, all paths for the Tamils were blocked by the UNP and TNA.

Gotabaya Rajapaksa’s visibility in Sri Lanka as the new president will shine a light on the war crimes and the necessity of a political settlement to protect the Tamils.

Even though Rajapaksa is a war criminal and engineered the mass killings and genocide of the Tamils, it is good to have such a figure in power so that every international player will remember the carnage that happened to the Tamils.