NEW YORK, NY, UNITED STATES, November 27, 2019 /EINPresswire.com/ — All Tamils want a permanently protected northeast with self-rule for Tamils. The world can allow new Sri Lankan President Gotta Rajapaksa 100 days to establish a protected north-east for Tamils, but that is all. We need the U.S. to ensure that he keeps any promises he makes to Tamils. 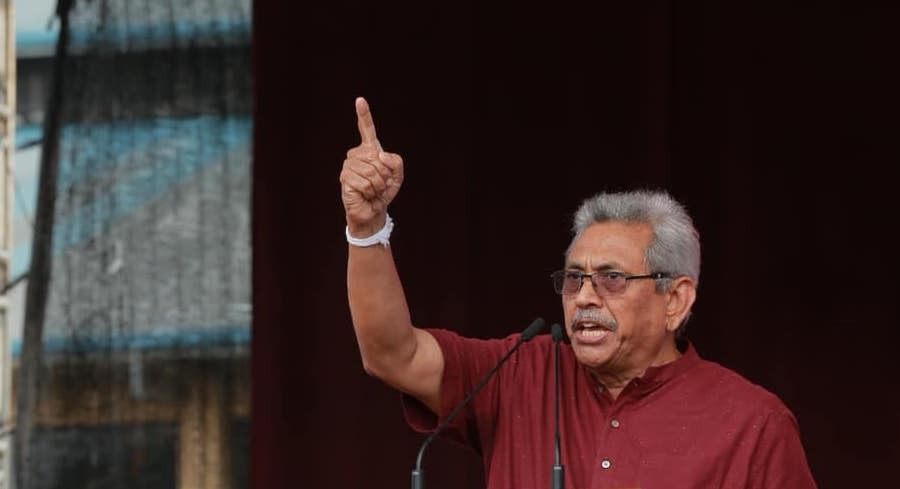 Tamils have not forgotten what Rajapaksa did in 2009 to the Tamils. He killed 145,000 Tamils, made 80,000 Tamil widows and 50,000 orphans, permitted the rape of thousands of Tamil young men and women and the White Van abductions of thousands of Tamils, engineered the ruthless killing of the Tamils and the occupation by ruthless Sinhalese military in the north-east, allowed the Sinhalese settlement and erection of many Buddhist symbols in the north-east, and oversaw many other unbearable tragedies suffered by the Tamil people.

Tamils overwhelmingly did not vote for Gotta Rajapaksa due to a profound fear that he is a ruthless human being and soulless monster. In 2009 and beyond, Gotta fed the swordfish that devoured the Tamils’ body and he had the swordfish for his lunch. It shows that how much he hates Tamils and the extent of his evil.

During the past 70 years of Sinhalese deception and killing of the Tamils, Tamils have never wanted to live with Sinhalese in a Unitary State.

All this violence and killing committed by the Sinhalese is a traumatic event in our culture that has instilled in Tamils a thanatophobia akin to almost dying or the death of a loved one. It is not something that can be forgotten or forgiven.

There are 2 million Tamils living outside of Sri Lanka. Most of them are well-educated, wealthy, enjoying the freedom and peace of democracy in the refugee country.

These diaspora Tamils will never forget what Rajapaksa’s government has done to their parents, children, grandparents, friends and countless other Tamils. The diaspora Tamils have many connections to international communities and decision makers. They have soft power and if they wanted, they could have hard power as well.

A Bosnian-style federalism in which lethal weapons have been stripped from the Tamils and Sinhalese will permanently protect free and prosperous states for Sinhalese and Tamils that can be developed on the island.

The wisest course of action is to ask the Tamils what kind of government Tamils need by holding a UN-monitored referendum.