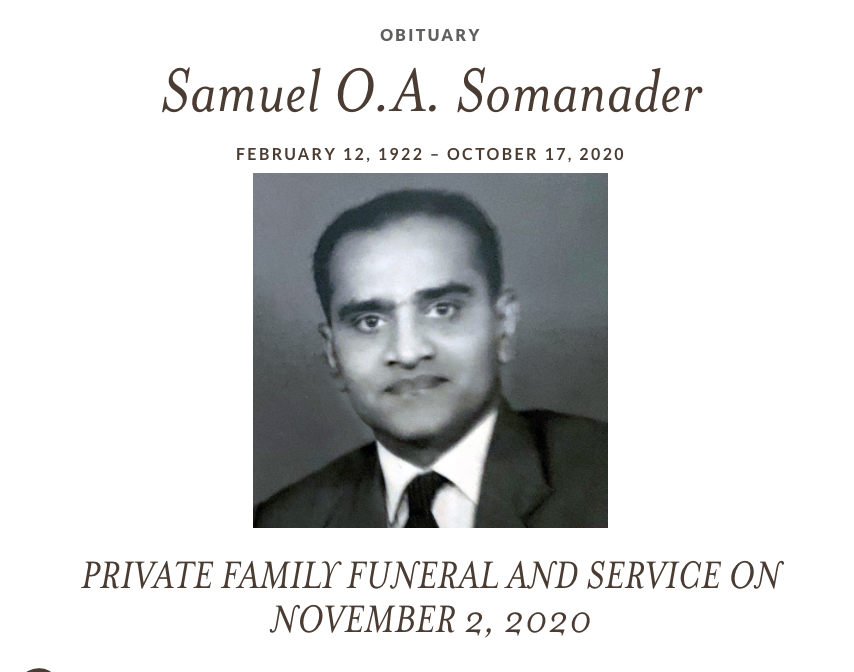 He was a retired Irrigation Engineer for the Sri Lanka Irrigation Department. He enjoyed spending time with his children, grandchildren and great-grandchildren. He loved being surrounded by people and was known for his witty humor and captivating speeches and toasts. He was an enthusiastic traveler and would fly around the world till his mid-90s to visit with his family in Sri Lanka, Australia, New Zealand, and the UK. His past times included painting, writing, and playing chess. Prior to moving to the US, he was an active member of the Rotary Club Sri Lanka, YMCA and the United Methodist Church Sri Lanka.

Samuel was preceded in death by his beloved wife Mary Olivia Somanader, his sister Selvamani Balasingan, and his parents Nedo and Violet Somanader.