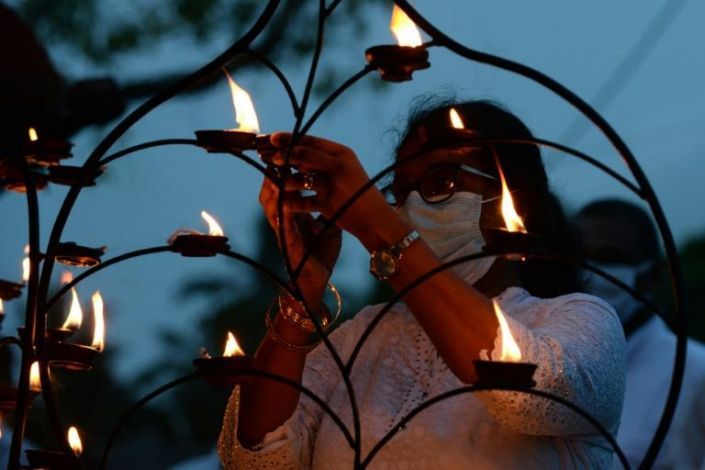 A senior Sri Lankan army officer was promoted to major-general Tuesday, less than a year after being convicted in Britain of making threatening gestures towards Tamil demonstrators in London.

Priyanka Fernando was elevated from the rank of brigadier, one of around 15,000 service members promoted on the 11th anniversary of the crushing of the Tamil Tigers that ended a decades-long civil war.

A London court found him guilty last year of public order offences and he was ordered to pay over 4,000 pounds ($4,900) in fines, compensation and costsafter being filmed in 2018 making threatening gestures at Tamil activists outside the Sri Lankan high commission.

Sri Lanka’s government condemned Fernando’s “offensive manner” at the time and recalled him as a defence advisor. He has since appealed against his conviction, however, and has held several top posts.

Some 177 senior officers and 14,617 other ranks were elevated Tuesday in what an army statement called “a record promotion bonanza”.

Sri Lanka’s 37-year-long separatist war ended with the killing of Velupillai Prabhakaran, the Tamil Tiger supremo, on May 18, 2009 after a no-holds-barred military offensive.

May 19 has been marked in recent years as “National War Heroes Day” to commemorate security forces and civilians killed in a conflict estimated to have claimed over 100,000 lives.

Tuesday’s ceremony was very low key, after two sailors due to take part in a military parade tested positive for coronavirus, forcing authorities to scale down the event.